Diana's Personal Learning Page on Such A Site

This page is written for the use of Diana to enhance her learning experience. Use by others of this page is not authorized nor appreciated.

Learning about and enjoying your iphone SE, purchased by you around August 18, 2020.

To start an app, otherwise known as either opening or launching an app, tell Siri to open the app you want, or, flick one finger left to right or right to left until you hear the apps name, then tap three  fingers twice to open it.

ToStop music from playing, slide two fingers down the screen around one inch.

To answer your phone, slide two fingers down the screen around oneinch.

To hang up the phone, slide two fingers down the screen around one inch.

To hear everything on the screen tell Siri to speak screen, be aware, it won't stop until it gets to the end.

To get to the help feature of voice over, tap four fingers two times.

To go back when you get into a part of an app and you made a mistake, but you still want to stay in the app, tap two fingers three times. Each time you tap three times, it goes back another level.

Here are some movies with no video but are totally accessible to you through audio description. To play one, just double tap one finger on the name of the movie in the list below. You can come back to this page from that movie by tapping two fingers three times. To stop completely, just do app switcher as always.,

Below are movies for you to listen to on your phone or computer. They do not have any video for sighted people to see and are made for total accessiblity for people like us. All you have to do is flick one finger left to right to find the movie you want. Then select it by tapping three fingers two times and it will play for you. To close it, either do app switcher or to come back to this page, tap two fingers three times. Have fun, I will put different movies on this list for you if you ask me for specific ones.

A Wrinkle In Time

Superman the remake with Christopher Reeve)

Eye for an eye-

Diana, tell me others you would like to hear, I bet I can find them for you.

Since you have Apple Music on your phone, here are some music items to try out, just say the following to Siri :

Play genre radio, Siri will list the genres it has, if you don't hear what you want in the first list it gives, say more when Siri asks you which one you want. Then when you hear a genre you want, just say that genre's name.

More music to ask Siri to play: Play music from the seventies.

play music from the sixties.

Play the sound track from the movie Fame.

Play dance music from the eighties.

If you want to hear something to make you laugh, you can have Siri play albums by comedians by telling Siri to:

6.  To find some Mindfulness guided meditations on my website, just say one word to Siri, that word is Mindfulness. It will then take you to the part of my website about Mindfulness. You have to flick one finger left to right to get to the links with the recordings you want. Listen for the ones with Bonnie Butler, she is great, I do mean great. When you get to hers, tap one finger twice fast. It will take a moment but will load and start to play for you. To pause it, do the same thing you do in music, tap twice with two fingers. 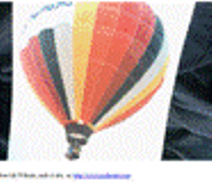